Twitter is becoming more and more a part of people’s daily routine, from computers, tablets or smartphones, users follow their TL and publish tweets. Thanks to mobility, location is not a handicap, only to rest or to do priority tasks are an obstacle to using it. Therefore, analyzing the activity of their users we can understand their habits, allowing us to answer questions such as:

All these questions are answered in the following charts that show the  percentage of tweets posted every hour during the month of July in different regions of Spain:. 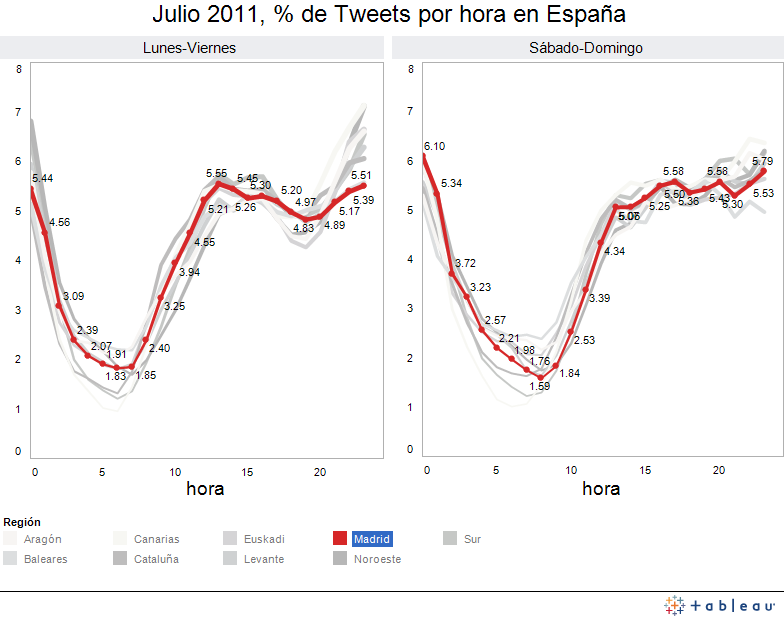 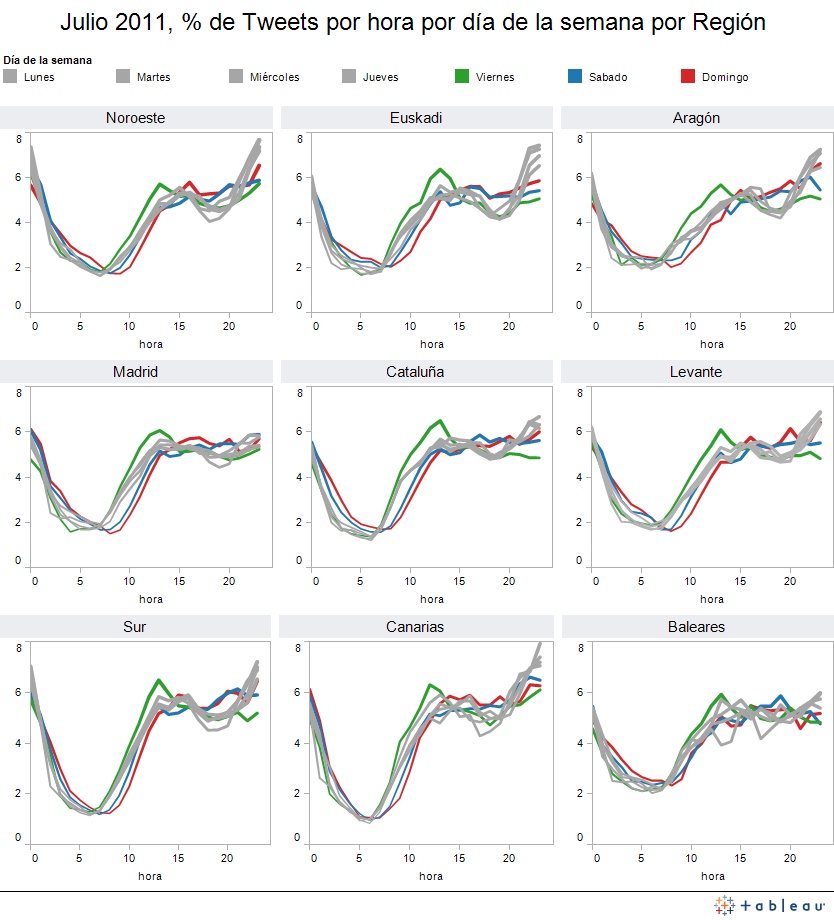