Is the EBE becoming more professional?

I have concluded that the EBE is become more professional analyzing the evolution of the data from the EBE11 and the EBE10. Amateur bloggers attended in the firsts EBEs and right now are attending more from media professionals and the other areas. This is neither good nor bad, it’s just an evolution. What did I base this conclusion on?  On the following differences detected in tweets from the EBE11 and the EBE10 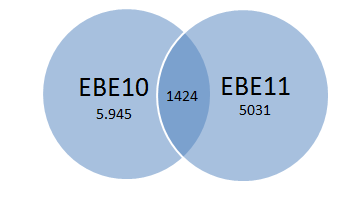 The EBE is an annual event to “devirtualize” or meet  people from the Internet again. Many attendees know each other and “chat” on Twitter (using the reply). From the EBE11 to the EBE10 reply has decreased from 16% to 11%, while RTs increased from 30% to 32%. This indicates that fewer people know each other and therefore less chatting. In the following figure can be viewed as RTs and replies evolve every day.

Note that the number of RTs and replies were the same on the eve of EBE10. It could mean people were talking about the trip to the event. On the eve EBE11 that didn´t happen. 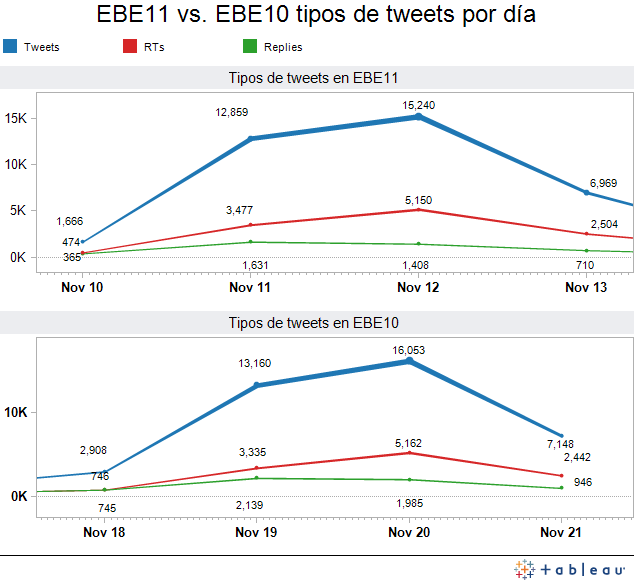 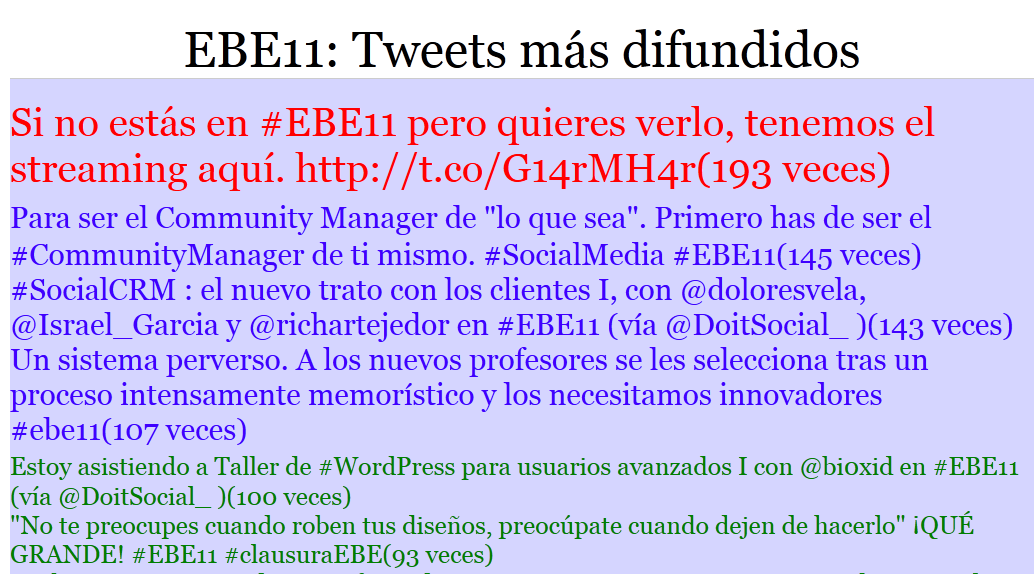 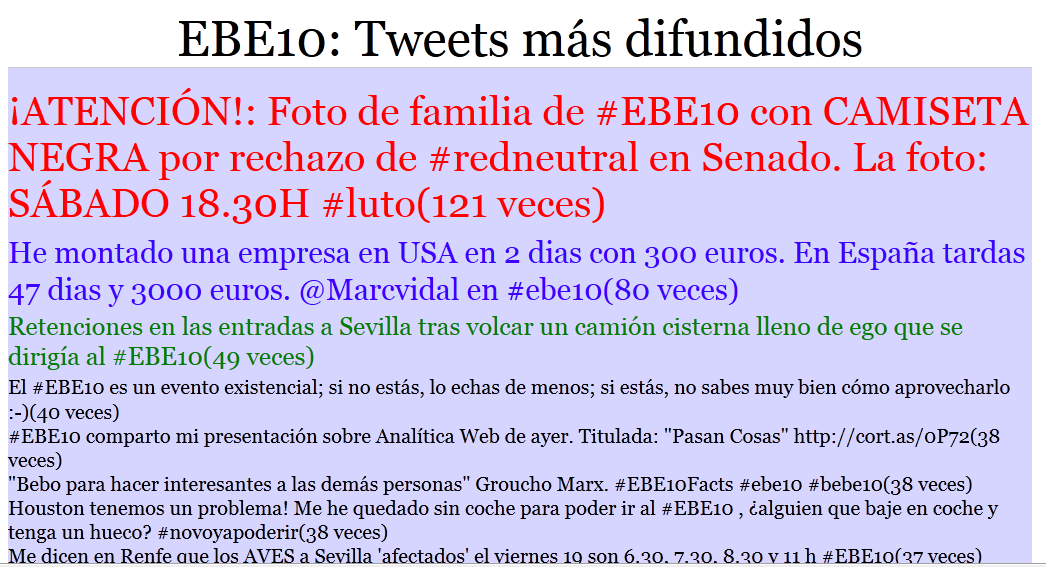 Comparing the following maps of relationships the differences between both years can be seen. These maps are graphs of relationships in which each node is a user and there is a connection between two users when one mentions  another. The size of each user name is proportional to the number of citations received, so the biggest names that are the most frequently mentioned. The graphs have been drawn without arcs for name clarity.

In the above EBE11 appear more professional communication, marketing and other sectors, disappearing in the background some classic bloggers. EBE11: @pedoj_ramirez stands head and new users that did not appear in the EBE10 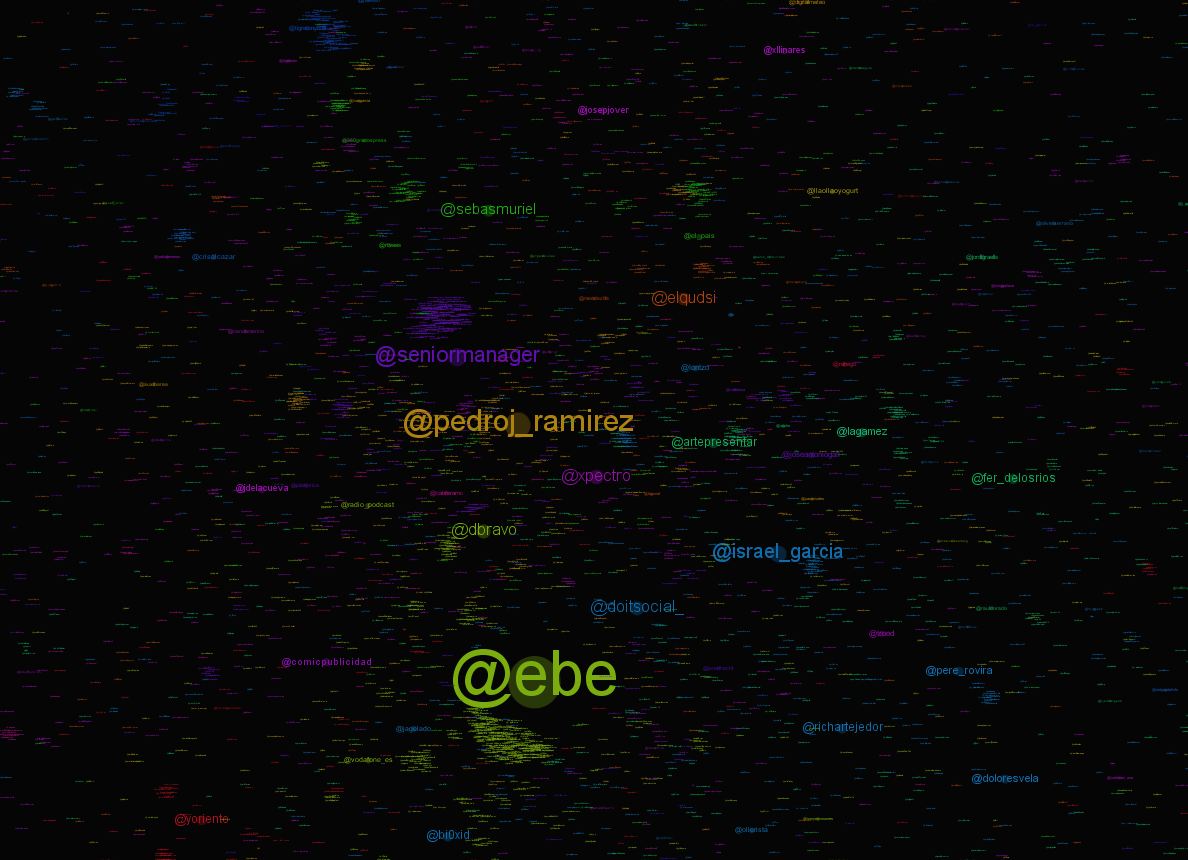 EBE10: You can see some classic bloggers such as @Edans , @amfumero, @asegovia and marcvidal that are not highlighted in the EBE11 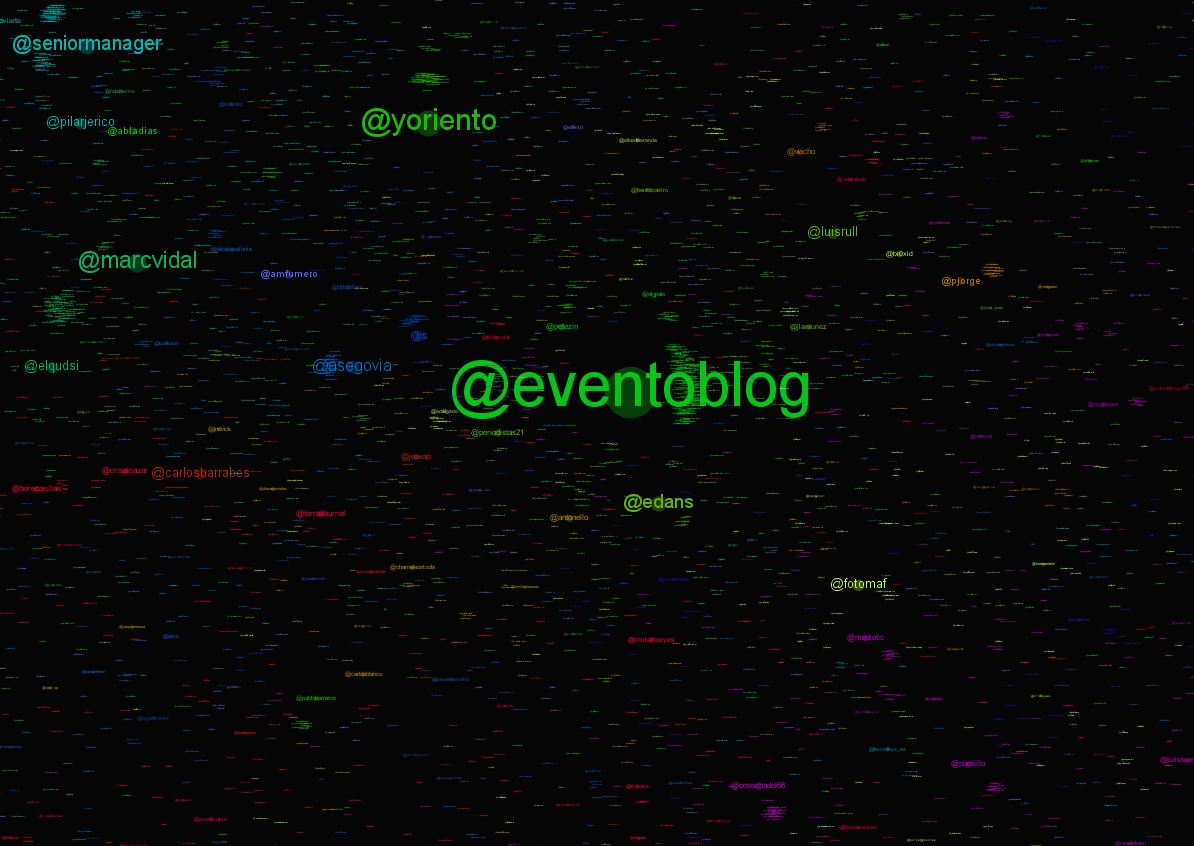 In EBE11 can see a significant jump in the use of mobile phones. This is due in large part to a general trend in the use of these devices but also a percentage may be because users used  the laptop less than last year. In the use of multiplatform apps TweetDeck surprise drop (owned by Twitter) and increased use of HootSuite, I can not find an explanation for it. 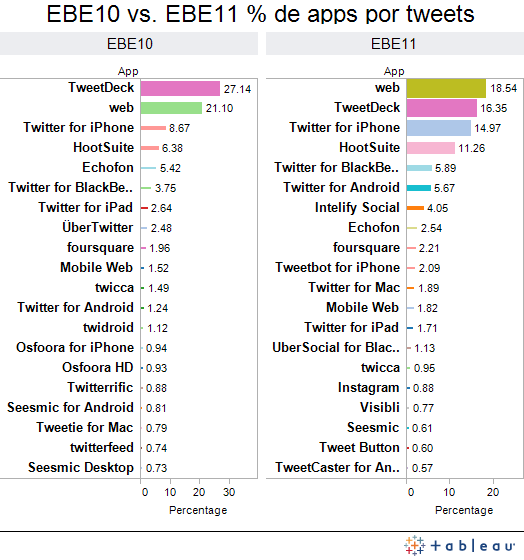