In the last post I measured football audience on Twitter and now I’m going to see what happens with the   team’s fans.  Both, the fans of  Real Madrid F.C. and  Barcelona F.C., were expectant before “the Classic match” and their fervour changed as the goals were scored in the  match Despite both teams having a similar number of followers on Twitter the mentions were not similar

In the pictures below you can check these observations 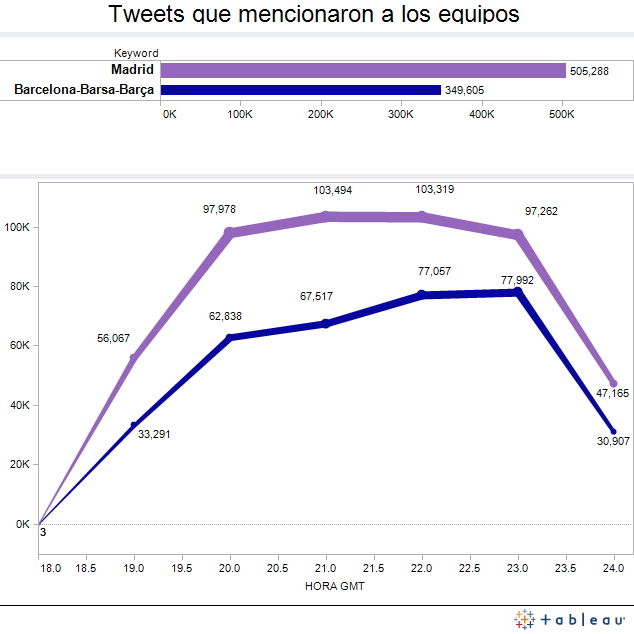 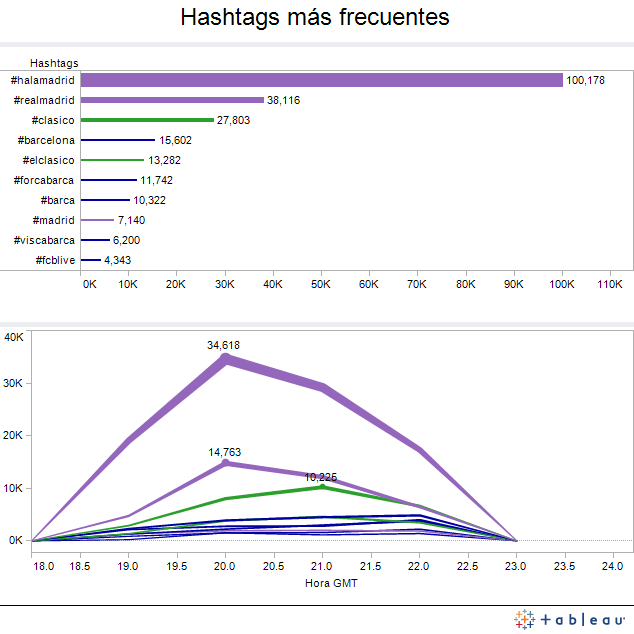