An overview of the Rubalcaba-Rajoy debate

I did not have the intention of  monitoring the Rajoy-Rubalcaba debate,  but seeing how  my TL was boiling on this issue,  I thought I could get an interesting dataset to analyze the spread of slogans. I was not wrong and it  even exceeded my expectations. For the first time on Twitter a political event captured  attention as much as a Madrid-Barca. There is a lot of data I cannot make an  in depth analysis quickly, so I´m going to make an overview about users participation, hashtag war and mentions of candidates.

From 22 o’clock to 23 o’clock (21-22  GMT) the tweets rate was  50 TPS. During this period the average was 2.5 Tweets by user. People joined  the debate very early; almost two thirds of users were tweeting from the beginning. 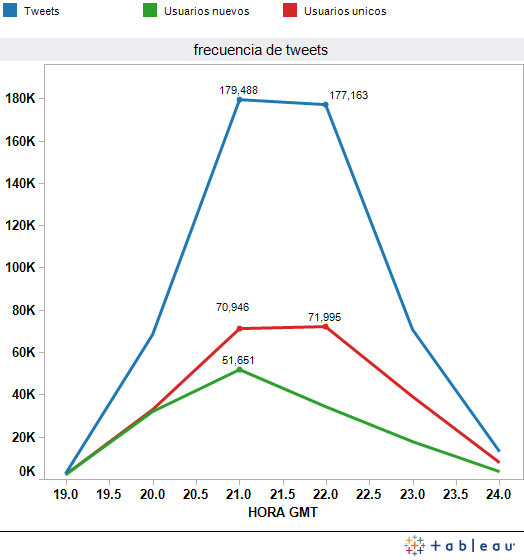 The hashtag watched was #ReiniciaElDebate, #seacaboelcirco, #ocupaeldebate, #undebatedecisivo, #debate2011, #debate #caraacara. As can be seen in the picture below that shows the evolution of the ten most frequently mentioned hashtags. At the beginning of the debate the hashtags #ReiniciaElDebate and #seacaboelcirco were TT, however these have not been the most frequently mentioned. Eventually the hashtag #eldebate was TT, but it was not collected my motorization, nevertheless it appears with others hashtags. The hashtags proposed by the parties such as #undebatedecisivo,#caraacara were not TT, but #caraacara had more mentions than the anti-hashtags #ReiniciaElDebate and #seacaboelcirco. 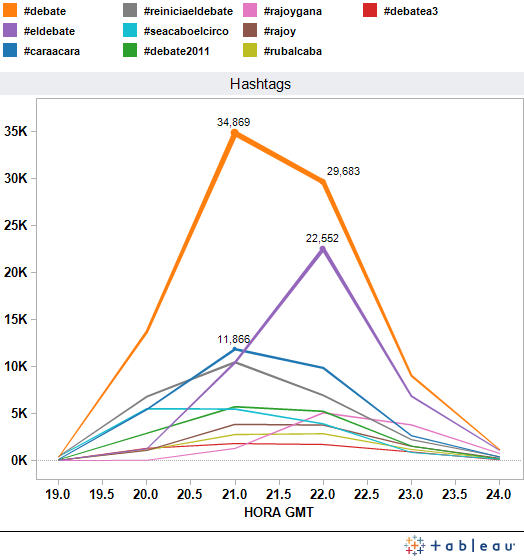 The difference of mentions was higher from 22 o’clock to 23 o’clock (21-22 GMT) in which two-thirds of the tweets contained references to Rajoy while 40% mentioned Rubalcaba. 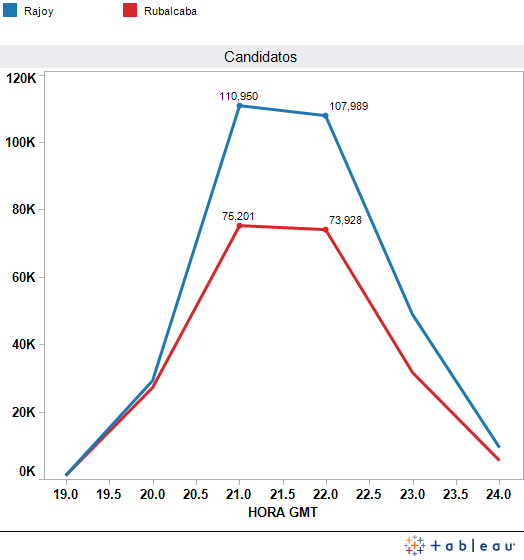 The sentences most mentioned were really ironic. The font size is a proportional to the number of repetitions and the value next to the character # is the number of times it has appeared.

(I have not been able to integrate the html in the post, to see the original file click on the image) 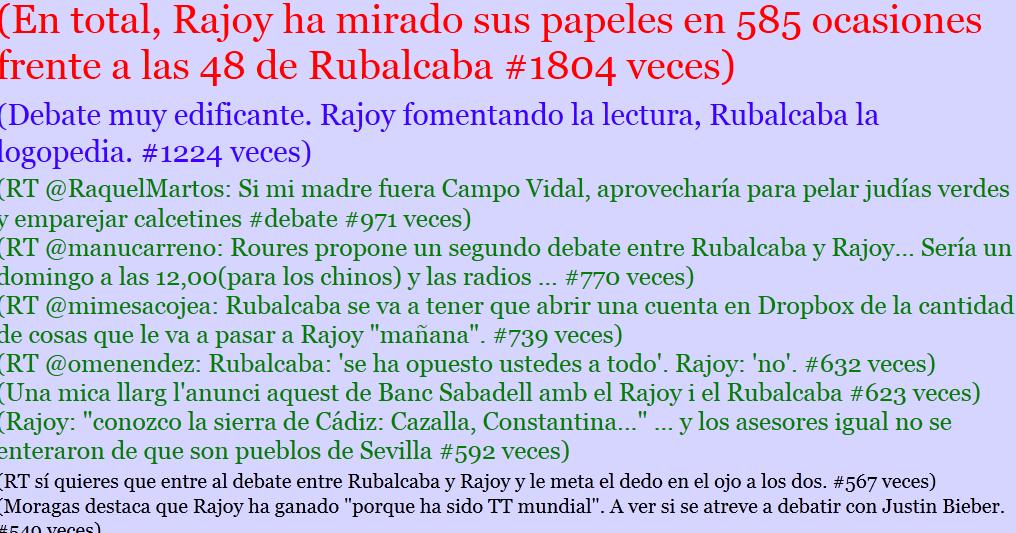