Yesterday was the first “classic” of the season (Madrid-Barcelona football match). As it was so soon after the Rajoy-Rubalcaba debate, I thought of  comparing the audience of both events. Here are the differences that I found and that can be contrasted with the image below.

Note:  tweet rate was 50 tweets / second at peak times, in the classic and in the debate. This is the maximum rate provided by the Streaming API of Twitter. Due to this saturation I cannot determine the exact audience at that time and therefore cannot  determine if there was more peak audience in football or in Politics 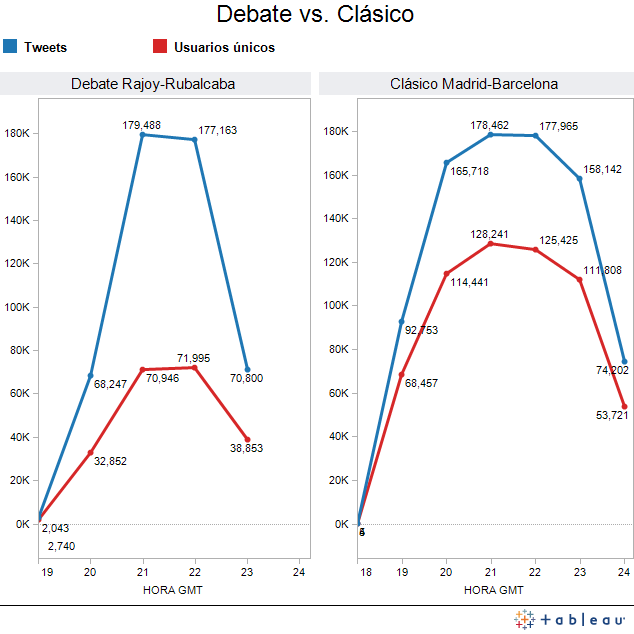